a) the reasons for the arrest;
b) the time of the arrest and the taking of the arrested person to a place of detention, as well as that of their first appearance before a judicial or other authority;
c) the identities of the law enforcement officials concerned; and
d) precise information concerning the place of detention. The Human Rights Council also recommended that States communicate such records to the detained person or their counsel, as prescribed by law.

Nigeria: Release on bail within 24 hours and monthly report to the magistrate on arrests

The Administration of Criminal Justice Act from 2015, which combined the previous Criminal Procedure Act, the Criminal Procedure Code and the Administration of Criminal Justice Act, also introduced some innovative provisions to enhance the efficiency and fairness of the justice system. For instance, it mandates the authority having custody of the suspect to notify the next of kin or relative of the suspect of the arrest, at no cost to the suspect. Also, Section 30 of the Act states that a suspect in custody shall be released on bail by the officer in charge of a police station where it will not be practicable to bring the suspect before a court within 24 hours of the arrest. If the arrested person is accused of a capital offence and, therefore, is not eligible for bail, they have to be taken before a court within a reasonable time. Where a suspect is taken into custody in relation to a non-capital offence is not released on bail after 24 hours, a court has to be notified (Section 32). Section 33 of the Act directs the police to remit a report on the last working day of every month to the nearest magistrate detailing the cases of all suspects arrested, with or without warrant, within the limit of their respective stations or agency, whether the suspect has been admitted to bail or not. Upon receipt, the magistrate is to forward the report to the Administration of Criminal Justice Monitoring Committee. The Committee analyzes the report and advises the Attorney General of the Federation as to the trends of arrests, bail and related matters. Upon request, the Attorney-General of the Federation must also make the report available to the National Human Rights Commission, Legal Aid Council of Nigeria or NGOs. 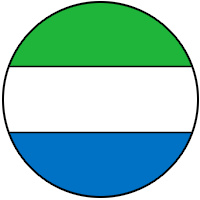 Sierra Leone: The use of community paralegals at the early stages of detention

In instances where qualified lawyers are not available, community paralegals provide a variety of legal services. Paralegals are trained in basic criminal law and criminal procedure and are equipped with the practical skills necessary to support suspects and work with community members and justice sector officials. The use of community paralegals at the early stages of detention has increased the number of detainees released on police bail and helped minimise the risk of bribery and abuse. 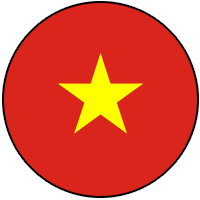 In 2015, the Criminal Code and Code of Criminal Procedure were amended (with entry into force on 1 January 2018). The amendments provide for the right to access to counsel at all stages of criminal proceedings. They also broaden eligibility for free legal counsel and introduce video and audio recording for interrogations of accused persons by investigative authorities on official premises. Also in 2015, the Law on Enforcement of Custody and Temporary Detention was amended, providing, inter alia, for the right to family visits and legal assistance, in particular during police investigations. In addition, in 2017, Viet Nam amended its Law on Legal Aid, which regulates the provision of pro bono legal services to disadvantaged people and expands the list of legal aid beneficiaries. According to Article 7 of the Law, legal aid beneficiaries are divided into 14 groups (instead of six groups, as prescribed in the 2006 Law). Two groups of people are added as new beneficiaries, including accused who are over the age of 16 and under the age of 18, and those who are members of households living just above the poverty line (the 2006 law already included those living under the poverty line). Other additional groups of legal aid beneficiaries consist of people experiencing specific financial hardships, which are set out in the amendments. 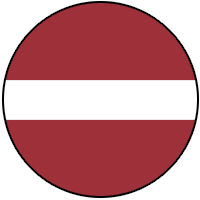 In 2016, amendments to the Criminal Procedure Law entered into force that broaden the legal safeguards afforded to persons in police custody. These include the right to request that their immediate family, educational institution or employer is notified of their detention or arrest, as well as to contact one of them, insofar as such contact does not endanger the fundamental rights of other persons or public interests, and does not hinder the achievement of the objective of criminal proceedings or the right to receive information regarding rights to emergency medical assistance and healthcare, in accordance with the laws and regulations (Section 60.2 and 60.3). 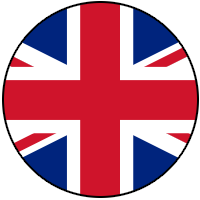 Clear and consistent custody guidelines, which exist in a number of countries, are an important tool for professionalising the implementation of custody. One example is the revised England and Wales Police and Criminal Evidence Act (PACE) Code C – Code of Practice for the detention, treatment and questioning of persons by Police Officers. This gives detailed guidance on actions to be taken and documentation to be performed by police officers with regard to all aspects of police custody. This includes guidance on the initial action to be taken upon arrest, detainees’ property the right to legal advice, conditions of detention and the care and treatment of detained persons.