This non-exhaustive list of safeguards is considered helpful to improve the efficacy of stop and search, to better regulate these practices, and to protect against arbitrary and unlawful stop-and-search practices.

The Netherlands: Revised guidelines to prevent discrimination in stop and search

On the basis of the Police Act 2012, revised guidelines for police related to avoiding discrimination during ‘control’ (stop-and-search) activities were issued to the Dutch national police. These specify how to identify suspects and cars when carrying out stop and search, using guidelines provided by the European Commission against Racism and Intolerance in its general policy recommendation No. 11 (2007) on combating racism and racial discrimination in policing, which defines racial profiling as “The use by the police, with no objective and reasonable justification, of grounds such as race, colour, language, religion, nationality or national or ethnic origin in control, surveillance or investigation activities”. Police officers are obligated to explain the reasons for every stop and search of any person in terms of the individual’s behaviour, using objective criteria, while disregarding personal characteristics such as ethnicity or skin colour. As a consequence, it is expressly prohibited to select suspect persons solely or predominantly on the grounds of skin colour, descent and/or religion. 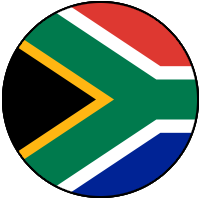 The South African Constitution robustly protects against interference with the right to privacy, as well as the rights to dignity, freedom and security of the person, as well as against torture and other ill-treatment. Like in other countries, the Criminal Procedure Act provides for searches without a warrant of “person, container or premises”, where the person consents or where a search is “reasonably necessary” for one of the listed purposes in the Act. Under the South African Police Service Act (SAPS Act), warrantless searches can be conducted for the purposes of restoring public order and ensuring safety in a particular area, preventing illegal cross-border movement of people or goods, and at roadblocks and checkpoints set up on public roads or public places. To reinforce proper police conduct, the Criminal Procedure Act establishes an offence for carrying out a search in contravention of the law, with a penalty on conviction of a fine of up to R600 (USD 35) or a term of imprisonment not exceeding six months.

To build community trust in and partnership with the police service, community police forums and boards have been established in South Africa to increase civilian input to various aspects of policing at the community level and to track the police service, including complaints. The role and functioning of these forums are set out in Chapter 7 of the SAPS Act, 1995, and the associated 2001 Interim Regulations for Community Police Forums and Boards.

The United Kingdom: Additional monitoring and evaluation mechanisms for stop and search

The Police and Criminal Evidence Act 1984 regulates police powers, including stop-and-search powers in England and Wales. In 2004, amid allegations of the disproportionate use of such powers against ethnic minorities, the Home Office launched a Stop and Search Action Team (SSAT), answerable to key government ministers and overseen by a panel of community members, to ensure the police use stop-and-search powers fairly, so as to increase trust between people from ethnic minorities and the police. In 2005, the SSAT produced a stop-and-search manual setting out expectations for police officers. Also, the Mayor’s Office for Policing and Crime (MOPAC) supports a network of volunteer Community Monitoring Groups in each of London’s Boroughs that monitor police use of stop-and-search powers, including the number of stops, arrest rates, disproportionality, complaints and body-worn video, and provide an opportunity for the local community to engage and discuss the use, outcome and impact of police stop and search. Best practice can be shared with other Community Monitoring Groups and through the London Community Monitoring Network (CMN), which is facilitated by MOPAC. Beyond this, the Independent Office for Police Conduct (IOPC) has power to investigate serious complaints and allegations of misconduct and can make policy recommendations. In October 2020, the IOPC completed investigations of the stop and search by Metropolitan Police Service (MPS) officers and issued 11 practical recommendations to improve the exercise of stop-and-search powers, including the recommendation to ensure that assumptions, stereotypes and bias (conscious or unconscious) are not informing or affecting their officer’s decision making on stop and search. All recommendations were accepted. 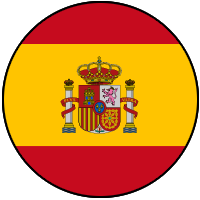 Spain: Reform projects on the use of stop-and-search powers by five police agencies

Five police agencies in Spain, in partnership with civil society and police partners, implemented a series of reforms between 2007 and 2013 aimed at reducing ethnic profiling and improving police effectiveness. The projects focused on the use of stop-and-search powers. The reform model pioneered through those projects involved implementing clear policies governing the criteria for officers to stop (and potentially search) members of the public, as well as training police officers on these new policies. Police officers completed a form each time they conducted a stop, recording information such as the officer’s reason for conducting the stop, the ethnic or national origin of the person stopped, and the stop outcome. As a way to increase community engagement and accountability, a copy of the form was given to the person stopped. The information on the form was later entered into a police database. This provided another layer of accountability and allowed police supervisors and managers to use the data to identify potential biases and inefficiencies, thereby enabling them to redirect officers to make stops that are less discriminatory and more effective. Results of the data analysis were also shared with members of the community. These measures were carried out in the context of a dialogue between police agencies and the community about stop policy and practice, which also helped to increase police effectiveness. The results suggest positive effects of the reforms implemented.